My #TPMS (Tire Pressure Monitoring System) video is up on YouTube and TikTok :)
I love keyless entry, so that you're not tied to your keys all the time. I installed #RVLock keyless locks on our RV storage compartment doors (we have 2) and filmed it to show you how. Link to my YouTube in bio.
Installed a #Furrion #backupcamera on the #GrandDesign RV today. It was not difficult so I made a video showing how. Link in bio.
CAMCO cross bar is made for RV screens so you can open and close them without stressing the small handle or actual screen. I installed one uploaded the how-to video on YouTube. Link in bio!
I’ve arrived safely in Venice and LOVE the balcony view from my Venetian apartment. I’ll have coffee out here every morning for sure! 🇮🇹
Installing and @lippert_ #screendefender today while aspiring to live the #lipperlifestyle :) and simultaneously protect my RV screen from my two rambunctious #canecorso doggies. We have BIG backpacking plans this season out in the PNW so the rig has to be ready. 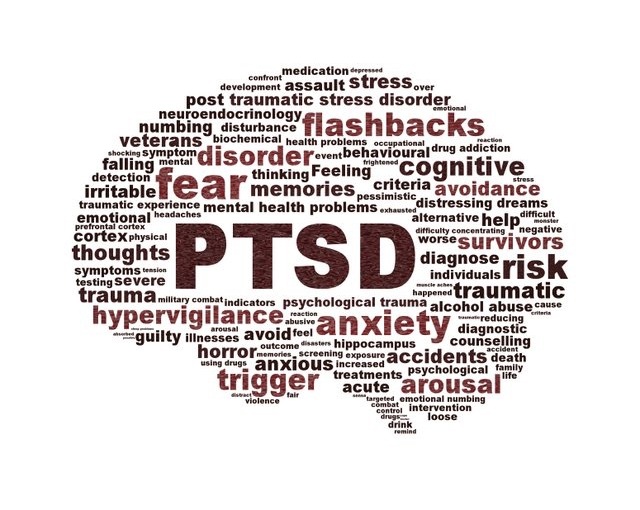 YEARS AGO, post-traumatic stress disorder (PTSD) was usually called shell shock or combat fatigue and was studied primarily in connection with military veterans.* Today much has changed. You don’t have to be a soldier to be diagnosed with PTSD. You only have to be a survivor of some traumatic event.

The event could be anything from a war to a rape attempt to a car accident. A fact sheet from the National Center for PTSD, in the United States, puts it this way: “To be diagnosed with PTSD, an individual must have been exposed to a traumatic event.” And this event “must involve some type of actual or threatened PHYSICAL injury or assault.”

Jane, mentioned in the preceding article, relates: “I have learned that sudden terror causes certain hormones to surge, and these hormones cause the senses to become hyperalert to danger. Ordinarily hormone levels fall back down to normal after the danger has passed, but in the case of PTSD sufferers, they remain elevated.” The event was in the past, but the terror of those moments seemed to be trying to take up permanent residence in Jane’s mind, like an unwelcome tenant who ignores an eviction notice.

If you have survived a trauma and are experiencing similar aftereffects, it is important to realize that you are not alone. In a book she wrote on rape, author Linda E. Ledray explains that PTSD “is a normal reaction seen in normal people who have been through a terrifying situation in which they could not control what was happening.”

Yet, calling PTSD normal doesn’t mean that every survivor of a trauma will develop it. Ledray notes: “A 1992 study found that, one week after a rape, 94 percent of the survivors evaluated met the criteria for PTSD and at twelve weeks 47 percent continued to do so. Fifty percent of the women seen at the Sexual Assault Resource Service in Minneapolis in 1993 met the criteria for PTSD one year after rape.”

Such statistics reveal that PTSD is common, far more common than most people realize. And all sorts of people are sufferers, following many types of incidents. Authors Alexander C. McFarlane and Lars Weisaeth observe: “Recent studies have shown that traumatic events frequently happen to civilians during peacetime, as well as to soldiers and war victims, and that many survivors of such frequent events develop PTSD.” Even medical procedures or heart attacks have triggered PTSD in some individuals.

“PTSD has turned out to be a very common disorder,” explain the above-quoted authors. They further say: “A random survey of 1,245 American adolescents showed that 23% had been the victims of physical or sexual assaults, as well as witnesses of violence against others. One out of five of the exposed adolescents developed PTSD. This suggests that approximately 1.07 million U.S. teenagers currently suffer from PTSD.”

If the statistic is accurate, that means there are a lot of teenage sufferers in just one country! What can be done for such persons, as well as for the many millions of other sufferers worldwide?

What Can Be Done?

If you believe that you or someone you know may suffer from PTSD, the following are some suggestions.

Strive to maintain a spiritual program. “I always attended the meetings at our local Kingdom Hall,” explains Jane. “Even when I could not concentrate on what was being said, I knew that that was where Jehovah God wanted me to be. Those in the congregation were extremely loving and upbuilding, and the love and personal interest shown meant a great deal to me throughout the whole ordeal.” Jane adds: “It also helped me when I read the psalms. Somehow the prayers of afflicted ones seemed to speak for me. When I couldn’t say what I wanted to in prayer, I could just say ‘Amen.’”

Don’t hold back from encouraging the sufferer. If you have a loved one dealing with the horrible memory of some traumatic event, understand that he or she is not overreacting or deliberately being difficult. Because of emotional numbness, anxiety, or anger, he or she may not be able to respond as you would wish to the efforts you are making to be supportive. But don’t give up! As the Bible says, “a true companion is loving all the time, and is a brother that is born for when there is distress.”—Proverbs 17:17.

The sufferer needs to recognize and avoid unwise coping strategies that cause further harm. These include use of illicit drugs and overindulgence in alcoholic beverages. Although alcohol and drugs may give promise of temporary relief, they soon make matters worse. They usually contribute to social isolation, rejection of the people who want to help, workaholism, uncontrolled anger, uncontrolled or overcontrolled eating, or other self-destructive behavior.

Consult with a competent health professional. It may turn out that the sufferer doesn’t have PTSD, but if he or she does, effective therapies exist.* If you are receiving professional help, be honest with that person and ask for help to overcome any of the above behaviors.

Remember: Physical wounds are often the first to heal, but people suffering from PTSD can be wounded in many ways in body, mind, and spirit. The next article will discuss further ways that the sufferer and those around him can take part in the healing process and will also discuss the hope for all sufferers of post-traumatic shock.

Jehovah’s Witnesses do not officially promote or recommend any specific form of therapy, be it medical or psychiatric.

Many trauma survivors find themselves reexperiencing the trauma in their mind. Survivors usually can’t control this or stop it from occurring. The consequences may include:

• Flashbacks—feelings that the trauma is happening again

• A shaky feeling and sweatiness

• A pounding heart or trouble breathing

• A feeling of upset when reminded of the trauma by something seen, heard, felt, smelled, or tasted

• Anxiety or fear—the feeling of being in danger again

• Trouble having loving feelings or feeling any strong emotions

• The feeling that surroundings are strange or unreal

• Loss of interest in things that were previously enjoyable

• Trouble remembering important parts of what happened during the trauma

A variety of traumatic events can trigger PTSD